Birmingham to The Med - Preparations

Growing up in a small village in Warwickshire I, like most of my friends, spent a lot of time on my bicycle – well you had to when there were only two buses a day and you wanted to go into the local town (Leamington Spa).

We cycled the 20-mile round trip to town without thinking, and did longer rides at the weekend for pleasure. But while the others got mopeds or cars, I carried on cycling: at college in York, in Birmingham where I now live with my wife, and in London where I worked until recently.

And then for some reason in 2003 I decided to cycle the 1,000 miles from Land’s End to John O’Groats, which turned out to be a wonderful experience and raised £1,500 for Motor Neurone Disease and Multiple Sclerosis. 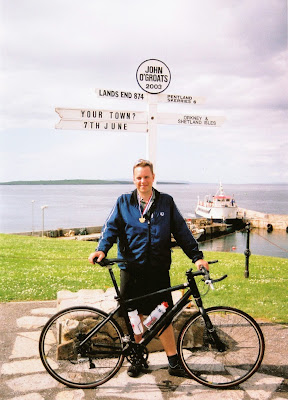 Three years later, but apparently no wiser, it was about time to see if I was still up to the challenge of crossing a country - but this time it would be France. And as it was only 650 miles north to south, I chose to start from Birmingham.

After six months of training I felt as ready as I ever would be and, as an added bonus, had lost nearly 3 stones in weight. But having never riden a bike with heavy panniers, and with the weather atrociously wet in the 3 weeks before the ride, things were starting to look a bit dicey.