As promised, the rain finally stops just in time and I’m away at 9.30am. It’s not quite as bad cycling with the panniers as I feared, but still rather like pedaling a tractor. Perhaps I should have at least tried a test run! 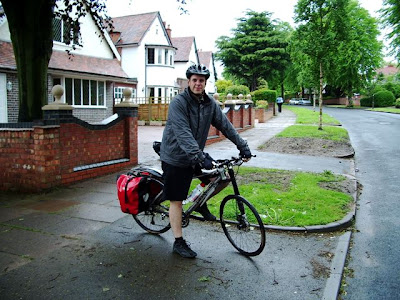 Leaving home for the Med - On y va!

The first 50 miles of the day are familiar, as I ride through Leamington and Southam in Warwickshire and Daventry in Northants, en route to Milton Keynes, but then it's all new.

It's also the first of many days when I underestimated the distance and am late, mainly thanks to a puncture on a dual carriageway near Milton Keynes that took half an hour to fix.

Following the A5 down to London takes me through some surprisingly pretty towns, like St Albans... 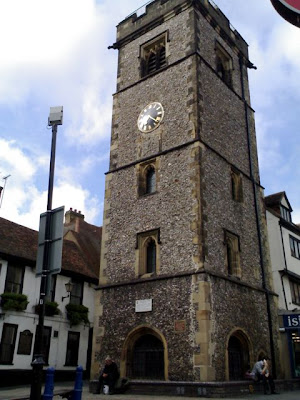 However I arrive in London in surprisingly good shape and go out for a desperately-needed meal with friend Toby and his better half Anya who are kindly letting me sleep on their floor in Primrose Hill. In return I take them out for a meal at their local Greek restaurant. No worries about the calories...