Will Self on Brompton Folding Bikes

I have to admit that, while I can appreciate their practicality, Brompton bikes have never done it for me. 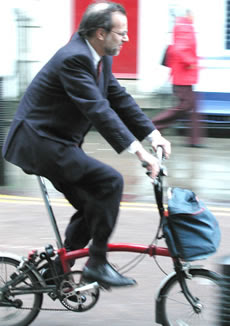 The idea of a genuinely stylish folding bike does appeal - fingers crossed Dominic Hargreaves can get his 'Contortionist' bike into production.

In the meantime, novelist Will Self made a pretty good case for the Brompton in the Independent last year. 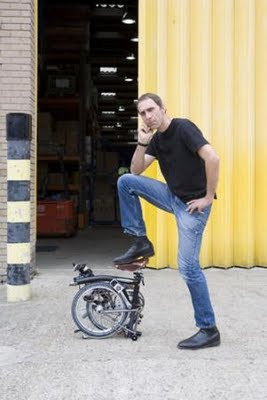 Will Self and his Brompton (Photo: Andy Sewell)

Much as I respect Self, famously accused of taking heroin on Prime Minister John Major's campaign plane in 1997, I just can't quite get past what he describes as the "Robin Reliant, termos flask and tupperware box" associations...
at 15:21