Bicycles have changed a lot in the last century. Although the basic 'diamond' shape has remained the same, advances in materials, gears and brakes have transformed their weight and performance.

But one thing remains almost exactly the same - the metal chain which transforms pedal power into forward motion. But that could be about to change. 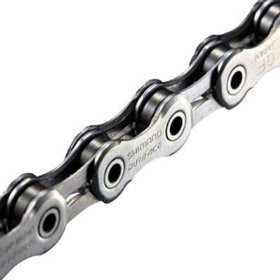 Many motorbikes have used belt drives for years, Harley Davidsons since 1984. And something that can tame 150bhp to shift 500lbs of motorbike, should find powering a 25lb bicycle no challenge

Gates (the same people who make the belt drives for Harleys) now make bicycle drive belts from tough polyurethane with carbon strands. They supposedly need no maintenance, are lightweight and virtually silent, and will last twice as long as a normal metal-link chain. 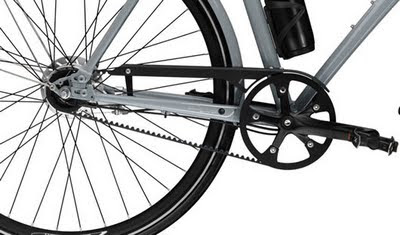 They've been around on single-speed bikes for a few years and you can now buy a Trek Soho with a belt driven 8 gears for about £800. 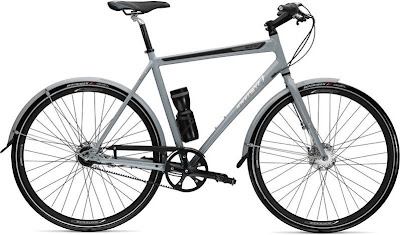 Round-the-world cyclist James Bowthorpe, who is on-track to beat Mark Beaumont's record, has a Gates belt drive on his Santos bike, paired with a Rohloff hub gear. 18,000 miles should be a fair test of the system's reliability, and with only a couple of weeks to go he's had no problems so far. 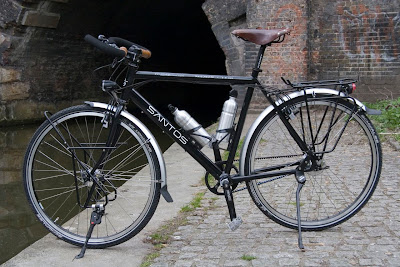 The downsides? Well, they cost a lot more than standard chains at the moment, although that's bound to come down in time. It's also not something you can retro-fit to a bike - you will need to have a frame with horizontal drop-outs, plus new rear sprocket and front chain ring, and the belt will only work with a fixed gear or certain hub gears.

I'll be sticking with my derailleurs for the moment, but don't be surprised to see these taking off (or over) in the next few years.