I know it's not cycling-related, but hats off to comedian Eddie Izzard who has just completed 43 marathons around Britain in 51 days. That's more than 1,110 miles!

Let's be honest, Izzard is better known for wearing high heels than running shoes. It would have been less surprising if Jonathan Ross had declared he was going to the moon next week... 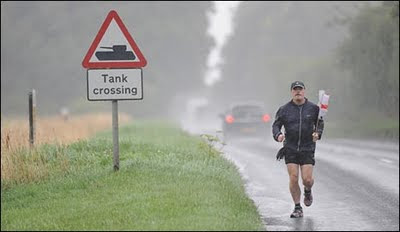 But after only 5 weeks of training Eddie did it, arriving in Trafalgar Square in London this afternoon to a hero's welcome. Admittedly his feet are covered in blisters, and he has injured tendons and lost toenails... 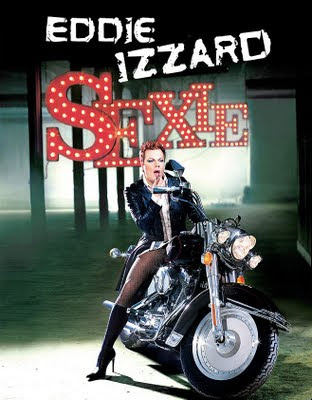 Having completed a few longer cycling tours of 1,000 miles, with 100 miles a day, I know it can be hard - but not for 50+ days, and the impact from running is so much greater on the body. I loved the fact that people he met didn't believe how many marathons Izzard was doing: "I might as well say I've just eaten a car".

So well done Eddie and everyone please sponsor him for Comic Relief! There's an interesting BBC article about whether anyone could run so far.
at 18:26