Season of Mists and Mellow Fruitfulness...

Another week into autumn and the weather continues to be kind - very much Keats's 'season of mists and mellow fruitfulness', but so far minus the mists...

With the wind set not to feature today, I decided to cycle my favourite route - to the South East from Birmingham, through Warwick and Leamington to my parents' house in Warwickshire, but pushing on to Daventry in Northamptonshire. It's be a chance to see if the recent longer and hillier routes have helped.

To start with there's the usual dreary miles of suburbs, high streets and dual carriageways to get over the motorway which strangles Birmingham and into the countryside. 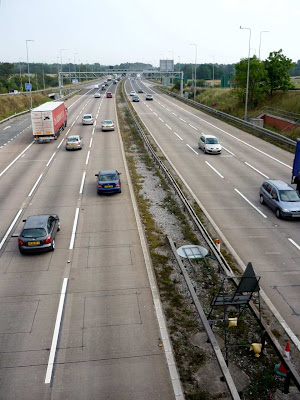 The route follows the old Warwick Road, undulating through small, affluent commuter villages and past ancient churches. It doesn't feel any easier than usual, but I'm already starting to feel warm in the unexpected autumn sun.

After an hour or so I'm in Warwick, a beautiful old town, with the Castle dominating: 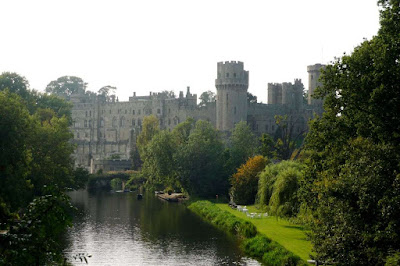 Warwick Castle in the sun 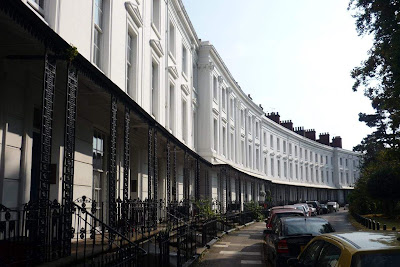 On a delightful autumn day the area seems rather more salubrious than I remember it when I was growing up around here - either the weather or the effects of money. Continue to Southam, where I went to high school. Stopping to get a drink the accents sounded far more rural than I remembered - probably the result of living in cities for the past two decades. And the town (well it's more of a large village) is a lot more pretty than I remember, helped by a bypass which has reduced the traffic.

One lovely centrepiece is the pharmacy, which I remember as a pretty nondescript building, but which turned out - after some plaster fell off - to be the town's manor house, dating back to the 16th Century. They've since stripped off the Victorian render and restored the building - it looks amazing. There's even a 14th Century pub up the road... 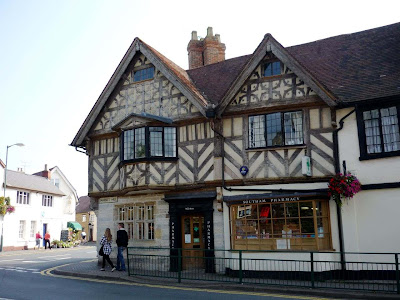 Southam Pharmacy restored to its 16th Century self

On towards Daventry, past Napton and through Lower Shuckburgh, which is a delightful little village, next to a sharp hill. As well as farming buildings, there are some lovely gothic Victorian houses and a church which the architectural historian Pevsner apparently called 'sheer ugliness', but which seems rather more quaint to my eyes. The hills up to Staverton feel a challenge more than a problem and have the advantage that I can turn back soon enough to zoom back down to my parents' house for lunch in the sun.

Despite clouds - and an unexpected headwind - appearing, the 30 miles home fairly zoomed past - thanks to a lovely lunch, and the careful application of sports drinks and gels. All in all, one of the nicest rides of the year.

Apologies if this seems like an architectural history essay, but there were some rather pretty place along the way...
at 21:18