As James Martin's comments summed up, a lot of people think that cyclists (and by association, eco-activists) are 'holier than thou'.

So what do a bunch of campaigners calling themselves 'Climate Rush' do today? Prove him right, of course, by dumping a load of horse manure at TV presenter and gas-guzzling car-fanatic Jeremy Clarkson's house. 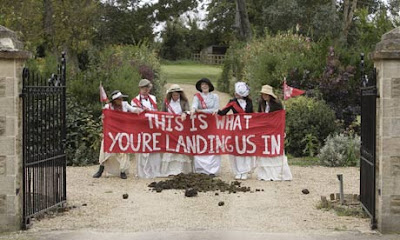 For the benefit of anyone who lives outside the UK, or in a cave, Jeremy Clarkson delights in extolling the virtues of fast cars, poo-pooing the effects of climate change and generally winding up greens, caravan users, cyclists and anyone else who passes in front of his metaphorical gun sights.

Whether you like him and his opinions or not, Clarkson is very popular and acting well within the law. Annoying people is what he enjoys doing.

And, let's be honest, we're not talking about Holocaust-denial here.

While no reputable expert claims to know exactly what will happen and when with global warming, you have to willfully ignore the facts to deny the weight of scientific opinion about where things are headed.

But we live in a democracy where people are allowed to say what they think, even when we disagree - that's how it works, and OK as long as they don't incite violence. Anyway, it would be less interesting if everyone agreed.

I don't dispute that people have the right to protest like this, although I suppose they may have committed trespass or criminal damage. I just disagree with their strategy. 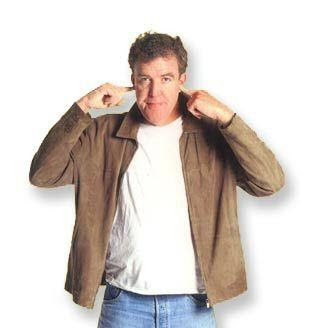 The problem with a protest like this is that it effectively proves Clarkson et al right - it's just the sort of pious and, let's be honest, rather humourless stunt that he thinks eco-activists spend their time planning.

Surely the best thing to do is to encourage, set an example, dispute deniers' facts and win others over. All that stunts like this will achieve is to line average people up behind the Clarksons of this world against the Green lobby. And that includes cyclists too...
at 18:11