Comedian Dave Gorman has just finished his 1,563-mile tour to the southern-most, northern-most, western-most and eastern-most points on the British mainland. 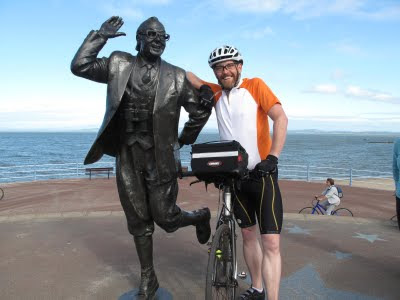 It would have been an achievement to be proud of, especially risking the autumn weather, even if he weren't also performing every night as part of his Sit Down, Pedal, Pedal, Stop and Stand Up tour.

The ride started at the southerly point, The Lizard in Cornwall, and finished at Dunnet Head, which - contrary to popular opinion - is actually the northerly point. I'm pretty jealous, having done Land's End to John O'Groats - although I didn't have to do a job of work every night too!

There were some weird and wonderful locations, including Glenfinnan Station in the Highlands. He also used 'human SatNavs' to guide him (other cyclists who volunteered to show him the route)...

Here's a review of the actual stand-up tour, which carries on - without bike - next year. 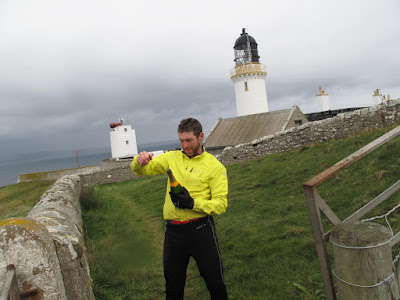 And here he is discussing the ride, amongst other things, with comedian and presenter Robert Llewellyn: