Jogging: Why I've Gone Over To The Dark Side

Yes, after years of arguments about the relative merits of cycling and jogging, I've gone over to the dark side and joined the ranks of the joggers!

Running isn't something I've done since I was a spindly teenager on forced cross-country runs in the cold. I couldn't see the point then and I haven't understood the attraction since. 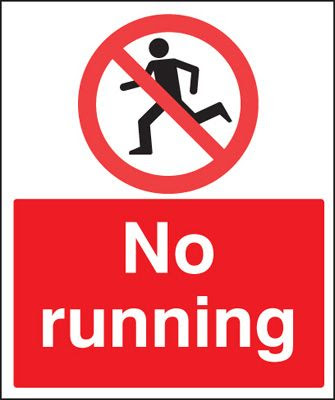 So why the change of heart?


First off, I've never had any need to run, I've always cycled and got plenty of exercise. Second, my body shape doesn't suit pounding the pavements, better to let the bike take the strain. And I've heard horror stories about injured knees.

Plus I've had a kind of illogical dislike of runners, which culminated in a dinner party argument with a mate's girlfriend about the relative difficulty of running and cycling (ie cycling was piss easy). My point was that cycling was as hard as you made it - just trying riding up Mont Ventoux like Lance Armstrong and tell me it's easy!

But with dark evenings, rain and snow, getting out on the bike has been nigh-on impossible. And with a baby due next week, I'm going to have even less time for cycling. So I went to have a proper fitting to take into account my feet and gait, and ended up with some gaudy, featherweight running shoes.

I haven't had a chance to try them out yet - work and evenings have just been too busy. Apparently I'll need to start with run/walk training, rather than going straight out for a marathon. Will have to see if jogging is all it's cracked up to be.

And let's just hope I don't end up like every slob's favourite runner, Jim Fixx - the guy who helped popularise jogging - who died of a heart attack at 52...!
at 21:56