Collecting my new touring bike from London last week was the first time I've cycled in the city in five years, since I moved back to Birmingham to work from home. 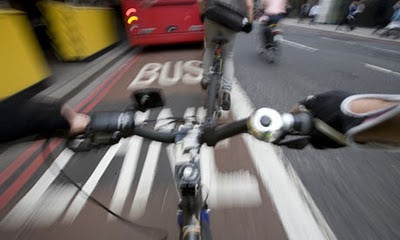 And, boy, have things changed in that time - and not necessarily for the better!
I used to cycle into work in Victoria most days from a variety of locations, including Crouch End, Stoke Newington and Brixton. Although often awkward, and at times downright scary, it was a great way to get some daily miles under my wheels and was also far quicker than travelling by public transport (30 mins v 1hr+ from Crouch End, for example).

My employer, Channel 4, provided secure cycle lockers and showers on every floor too.

Having said that, I didn't recommend cycling in London to my colleagues. In the seven miles I road from Crouch End to Victoria, there were probably a few hundred yards of cycle path on that whole route. The rest was a combination of braving bus routes or crawling inside cars along the curb.

I was knocked off my bike a couple of times - once by a tramp who stepped off a pavement and the other time by a builder who overtook me and then immediately turned left! - plus countless near-misses only avoided by developing the reactions and agility of a cat, or a particularly hard to swat fly. To be honest, the perceived danger was part of the fun - although I wasn't a dad at the time...

I was a pretty average cyclist when it came to red lights, pavements, one way streets, etc. I was careful not to cross pedestrian crossings on red, as well as major junctions. But I would cross deserted lights with no traffic and sneak along the odd bit of pavement if my route was blocked by cars. I didn't go out of my way to argue with drivers, but I did enjoy reasonably regular 'frank exchanges of views'. So not a traditional 'lycra lout', then. 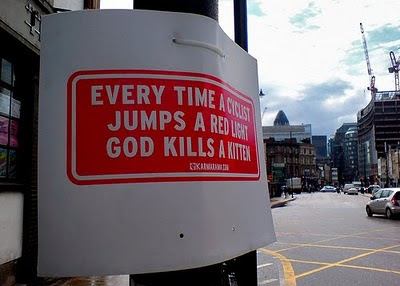 But there didn't seem to be that many of us. Yes, when the sun came out and it was warm you would see far more cyclists on the roads, but when it was wet or cold or dark it was back to me and the rest of the small hardcore band. And that's how it should be.

But not now. Cycling up to Euston Station via Charing Cross Road I was struck not only by just how many cyclists were on the roads, but also how varied they are. There seemed to be a particularly large number of young women on old-fashioned bikes with baskets, straight out of Notting Hill. Or perhaps I just noticed them more... 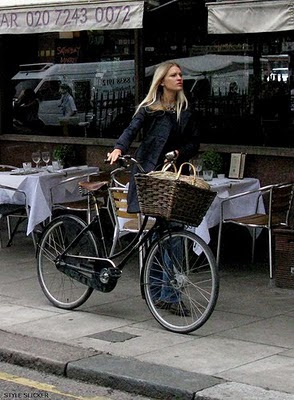 What was also noticeable was the appalling quality of the cycling. In around three miles of cycling I saw people running red lights, riding across pedestrian crossings, going the wrong way down one-way streets, and loads without lights, even though it was pretty dark.

And it wasn't just the cycle couriers, who were always pretty cavalier - partly because they were often on fixed-gears and didn't want to have to unclip their pedals. Everyone seemed to be doing it.

So maybe the people moaning about cyclists have a point.

Oh, and I did notice a small improvement in the amount and quality of cycle lanes. But we're not exactly talking Copenhagen standards just yet...
at 19:26