London to Brighton (and Back)...

The British Heart Association London to Brighton Bike Ride takes place on June 19th. It's one of this country's best-known cycle rides and many people's introduction to endurance cycling and raises millions for charity.

But what do you do if you'd like to take part, but fancy a slightly bigger challenge? Well, just ride there and back!

That's what I did last weekend with Peter Heneghan, a PR (and pretty serious cyclist) I work with at Channel 4. 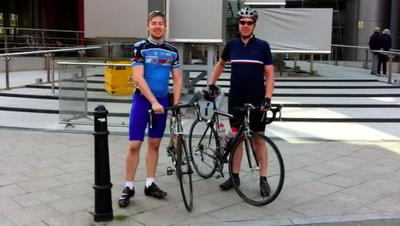 Peter's ridden the crazy Marmotte ride in the French Alps and is training for an even crazier ride in August in the Austrian Alps.

I've cycled a number of tours and up Tour de France legend Mont Ventoux a couple of times, but this still looked a proper challenge for the two of us - especially as new fatherhood has limited my time on the bike and Peter's been training for triathlons and had a niggling injury.

So I stayed with friends in London last Friday night and did the kind of preparation expected of a professional cyclist - a Brick Lane curry and too many pints. After 5 hours of broken sleep, I put my cycling gear on - much to my friends' amusement - and cycled the 4 miles from Whitechapel to our starting point, Channel 4's HQ on Horseferry Road in Westminster. 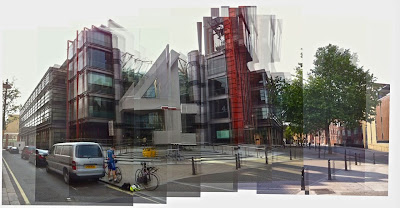 It was a beautiful ride through the city past Monument, St Paul's cathedral, Fleet Street, The Strand, Trafalgar Square, Whitehall, Downing Street, the Houses of Parliament and Westminster Abbey. And, as it was Saturday morning, there was none of the usual traffic chaos.

The weather was sunny with a fair North East breeze, which would be on our backs for the ride out - and in our faces on the way home.

After a coffee and sausage sandwich I was ready and we headed South at 9.20am. The first few miles of the route took us through Vauxhall, Kennington, Clapham and Tooting, but the weather and lack of traffic made it pleasant.

Peter also introduced me to his approach to aggressive drivers, giving them a friendly wave. He says it either pacifies them, or winds them up further. Personally, I prefer shouting at people...

Soon we were heading through Mitcham, Carsholton and Woodmansterne out into some beautiful countryside and gently rolling hills. The route dropped down under the M25 and passed by Gatwick airport through idyllic villages like Lindfield as the hills, such as Turners Hill, became more pronounced.

Then the ridge of Ditchling Beacon appeared on the horizon. In the Alps it would be a mere foothill - at 814 feet, it's only 10% of the height of the Col du Tourmalet - but it's short and sharp, at an average gradient over a mile of just under 10%, which is actually steeper.

And, as we approached, we passed a chap with a prosthetic leg about to cycle over too. Hats off to him! 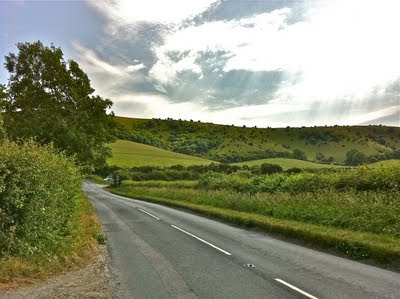 With the heat and gradient, I could hear my heart pounding in my ears, although - checking my heart rate monitor - in the high 170s, it wasn't anything to be worried about.

After that it was 5 miles downhill into Brighton to the seafront for pics on the prom and much-needed food after 3 hours 40 mins in the saddle. 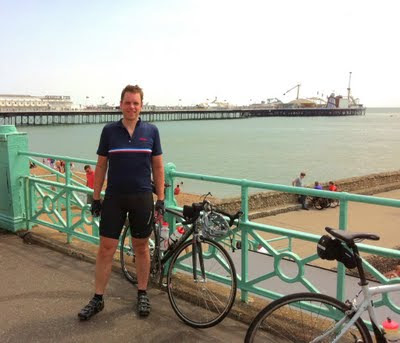 Apologies for duplication, but just to prove Peter was there too... 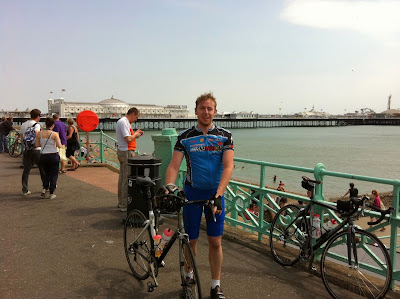 Of course, then there was just the small matter of cycling home again, which was a little trickier considering the miles we'd already done, the fact that the wind had picked up and would be in our face on the way home and that the strong sun had now brought the temperature to 30C...

But we pedalled on, re-tracing our route and climbing the hills that we had earlier descended and passing cyclists heading in the other direction, completing their own one-way rides.

Coming back into London the traffic and heat made it a less appealing experience than the morning, but we made it back to Channel 4 by 7.30pm.

After that, it was just a matter of me riding to catch the train to Birmingham (and a well-earned beer) and cycling the 5 miles home...

And, if you want to see all the metrics - from distance, time and speed, to heart-rate, temperature and altimetry go here - the route is about 1.6 miles short because my cycle computer switched itself off at the beginning!
at 19:13